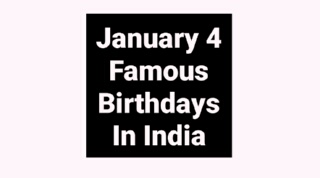 Jiiva (born Amar B. Choudry on 4 January 1984) is an Indian film actor who predominantly appears in Tamil films. Son of film producer R. B. Choudry, he started his career as a child actor in his father's films in 1996. He established himself as a versatile actor in Tamil Cinema. He performed his first lead role in the 2003 romance film Aasai Aasaiyai.

Aditya Pancholi (born 12 September 1965) is an Indian film actor working in Hindi Cinema. Aditya has also proved his worth in many villainous roles as well, the recent being Dum Maro Dum. His performance in Yes Boss and the double role in Jung was very well received. He's the son of the filmmaker Rajan Pancholi and Aruna. He has one sister and two brothers.

Gurdas Maan is an Punjabi singer, songwriter, choreographer, and actor. He is considered one of the most notable figures in the world of Punjabi music. He was born in Giddarbaha village of Indian Punjab and gained national attention in 1980 with the song "Dil Da Mamla Hai." Since then, he has gone on to record over 34 albums and has written over 300 songs.

Nirupa Roy (4 January 1931 – 13 October 2004) was an Indian actress who appeared in Hindi films. Roy was mostly known for portraying character roles of the Indian mother. She played leading roles in her early films and started playing mother roles during the 1970s–80s. Her acting career spanned more than 50 years, and she acted in more than 250 films.

Pradeep Kumar (born Pradeep Batabyal; 4 January 1925 - 27 October 2001) was an Indian actor in Bengali and Hindi films. When Kumar was 17 years old, he decided to take up acting. His started his film career in Bengali films. His notable roles in Bengali films were in Alaknanda(1947) directed by renowned filmmaker Debaki Bose and in '42 (1951).

Piaa Bajpai is an Indian film actress and model, who has appeared in Tamil and Telugu films. She is best known for her performances as Roshini in Venkat Prabhu's comedy Goa and Saro in K. V. Anand's political thriller Ko. Piaa, with the motive of acting in films, earlier had been a model in commercials.

Archana Jose Kaviyil (born January 4, 1990) is an Indian film actress. She made her acting debut in Neelathaamara (2009) scripted by M. T. Vasudevan Nair and directed by Lal Jose. Archana was born in New Delhi into a Syrian Christian family to Rosamma and Jose Kaviyil. She studied in St. Xavier's school and she belongs to Kerala.

Gopaldas Saxena 'Neeraj' (popularly known as Niraj or Neeraj) is among the best-known poets and authors in Hindi literature. He is also a famous poet of Hindi Kavi Sammelan. He was born in the small village Ekdil of Etawah in Uttar Pradesh, India on 4 January 1924. He wrote under the pen name "Neeraj".

Binayak Sen is an Indian pediatrician, public health specialist and activist. He is the national Vice-President of the People's Union for Civil Liberties (PUCL). He has been accused of sedition by the Chhattisgarh Government. He was granted bail on 15 April 2011 by the Supreme Court of India.

Valiyaveetil Diju (born 4 January 1981) (or V. Diju) is an Indian badminton player from Kozhikode, Kerala. He along with partner Jwala Gutta is the current National mixed-doubles champions and the pair is currently ranked 7th in the world by Badminton World Federation.

Sarojini Sahoo (born 1956) is an Orissa Sahitya Academy Award winner Indian feminist writer, a columnist in The New Indian Express and associate editor of Chennai based English magazine Indian AGE, who has been enlisted among 25 Exceptional Women of India by ‘Kindle’ English magazine of Kolkata.

Gulam Hussain Bodi (born 4 January 1979) is an Indian-born South African cricketer who has represented his country at Under-19, Twenty20 and ODI level. He is a left-handed batsman and a handy slow left-arm chinaman bowler. Bodi has represented various teams in South African domestic cricket, Transvaal, Easterns, KwaZulu-Natal and The Titans.

Paramjit Kaur Gulshan (b. January 4, 1949) is a member of parliament representing Faridkot and is a member of the Shiromani Akali Dal. She represented Bathinda in the 14th Lok Sabha. She was born in Akali Jalal, Bathinda district to Dhanna and Basant Gulshan in 1949, and married Nirmal Singh in 1978. She graduated with a MA from Punjab University and a B.Ed from Guru Nanak Dev University.

M. Patanjali Sastri B.A., B.L. (born January 4, 1889), also known as M.P.Sastri or as Mandakalathur Patanjali Sastri was the Second Chief Justice of India, serving in the post from 7 November 1951 to 3 January 1954. He was the son of Pandit Krishna Sastri, Senior Sanskrit Pandit of Pachaiyappa's College, Madras.

Nabila Jamshed (born January 4, 1988) is the author of the fantasy novel Wish Upon A Time - The Legendary Scimitar. Jamshed lives in New Delhi, India and has graduated with a degree in political science from the Lady Shri Ram College for Women, Delhi University.

Mohammed Taslimuddin or simply Taslimuddin (born 4 January 1943) is an Indian criminal-politician and was a member of the 14th Lok Sabha of India. He used to represent the Kishanganj constituency of Bihar and is a member of the Rashtriya Janata Dal (RJD) political party. A powerful ganglord with several murder and rape charges pending against him, he was the Union Minister of State in the Ministry.

Sir Isaac Newton PRS MP (25 December 1642 – 20 March 1727 [NS: 4 January 1643 – 31 March 1727]) was an English physicist, mathematician, astronomer, natural philosopher, alchemist and theologian, who has been "considered by many to be the greatest and most influential scientist who ever lived."

Brian Hugh Warner, better known by his stage name Marilyn Manson, born January 5, 1969, is an American musician, artist and former music journalist known for his controversial stage persona and image as the lead singer of the eponymous band Marilyn Manson.

Harmony Korine (born January 4, 1973) is an American film director, producer, screenwriter, and author. He is best known for writing Kids, and for directing Gummo, Julien Donkey-Boy and Mister Lonely. His film Trash Humpers premiered at Toronto International Film Festival and won the main prize, the DOX Award, at CPH:DOX in November 2009.

John Michael Stipe (born January 4, 1960) is an American singer, lyricist and visual artist. He was the lead vocalist of the alternative rock band R.E.M. from their formation in 1980 until their dissolution in 2011. Stipe is noted and occasionally parodied for the "mumbling" style of his early career as well as his social and political activism.

Julia Karin Ormond (born 4 January 1965) is an English actress who has appeared in film and television and on stage. Ormond was born in Epsom, Surrey, the daughter of Josephine, a laboratory technician and John Ormond, a computer software designer. She attended independent schools, first Guildford High School and then Cranleigh School.

Donald Caldwell Arthur, Jr. (born January 4, 1950) is a retired U.S. Navy medical corps vice admiral (VADM). He entered the Navy in 1974 and eventually served as the 35th Surgeon General of the United States Navy (2004–2007). After leaving the Navy in 2007 he became a hospital executive at Main Line Health System in Bryn Mawr, Pennsylvania.

Charlyne Amanda Yi (born January 4, 1986) is an American actress, comedian, musician, and writer. Her performances do not include joke-telling as in standup comedy; instead, she uses different tactics such as music, magic, games, and often audience participation. In one performance, she had her head shaved while she sang "Nothing Compares 2 U," a song made popular by Sinéad O'Connor.

Till Lindemann (born 4 January 1963) is a German musician, actor and poet who is the frontman for the German Neue Deutsche Härte band Rammstein. Till Lindemann was born in Leipzig, East Germany, but he grew up in the village of Wendisch-Rambow near Schwerin (in East Germany).

Shane Bannister Carwin (born January 4, 1975) is an American mixed martial artist who competes in the heavyweight division of the Ultimate Fighting Championship (UFC), where he was previously the UFC Interim Heavyweight Champion. He won his first 12 MMA fights in the first round which led to his Heavyweight Championship shot at UFC 116 against then-champion Brock Lesnar.

Zoe Voss (born January 4, 1990) is the stage name of an American pornographic actress and fashion model.

Graham Elliot Bowles (born January 4, 1977), known Careerally as Graham Elliot, is a Chicago, Illinois-based chef. Elliot was born in Seattle, Washington, as a self-described "Navy brat". He dropped out of high school at the age of 16 and started out in the food business as a dishwasher and bus boy for two years. He attended culinary school at Johnson & Wales University.

Célestine Ann "Tina" Knowles (born January 4, 1954) is an American fashion designer known for her House of Deréon and Miss Tina by Tina Knowles fashion brands. She is perhaps best known as the mother of singers Beyoncé Knowles and Solange Knowles, and was the wife of Mathew Knowles, who managed Destiny's Child and then Beyoncé and Kelly Rowland until 2011.

David Scott "Dave" Foley (born January 4, 1963) is a Canadian comedian, writer, director, and producer best known for his work in The Kids in the Hall, NewsRadio, A Bug's Life, and Celebrity Poker Showdown. He also frequently appears on The Late Late Show on CBS. Foley, the third of four children, was born in Etobicoke, Ontario, the son of Mary, a homemaker, and Michael Foley, a steam-fitter.

James Philip Milner (born 4 January 1986) is an English footballer who plays as a central midfielder or a winger for Premier League club Manchester City and the England national team. He previously played for Leeds United, Swindon Town, Newcastle United and Aston Villa. He is mainly a winger but is versatile and can deputise at both full-back positions when needed.

June Diane Raphael (born January 4, 1980) is an American actress, comedienne, and screenwriter known for appearing in films such as Year One, and Going the Distance. She currently co-stars in the comedy-action series NTSF:SD:SUV:: on Adult Swim and on the web series Burning Love.

Katrina Halili (born Maria Katrina Iren Pe Halili on January 4, 1986) is a Filipina actress, commercial model and music producer. She made her screen debut via StarStruck, but did not gain popularity until playing the antagonist roles in Darna, Majika and MariMar and becoming the protagonist in One Night Only, Gagambino and Magdusa Ka.

Matthew "Matt" Frewer (born January 4, 1958) is a Canadian American stage, TV and film actor. Acting since 1983, he is known for portraying the 1980s icon Max Headroom and the retired villain Moloch in the film adaptation of Watchmen. Frewer was born in Washington, D.C., the son of Gillian Anne (née German) and Frederick Charlesley Frewer, a Royal Canadian Navy officer.

Julian M. Sands (born 4 January 1958) is an English actor, known for his roles in the Best Picture nominee The Killing Fields, the cult film Warlock, A Room with a View, Arachnophobia, Vatel, the television series 24 and as Jor-El in the television series Smallville. Sands began his film career appearing in supporting roles, including parts in the 1984 films Oxford Blues and The Killing Fields.