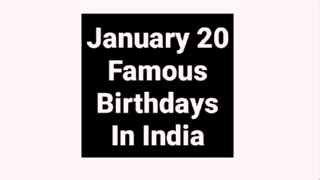 Uppalapati Venkata Krishnam Raju (born 20 January 1940) is a former popular Telugu film actor. He was popularly known as 'Rebel Star' for his rebellious acting style Krishnam Raju starred in more than 183 Telugu films in his career and was a prominent actor of the 1970s and 1980s in Tollywood. He entered the films in 1966 with Chilaka Gorinka produced and directed by Kotayya Pratyagatma.

Fareed Rafiq Zakaria (born January 20, 1964) is an Indian-American journalist and author. From 2000 to 2010, he was a columnist for Newsweek and editor of Newsweek International. In 2010 he became editor-at-large of Time magazine. He is also the host of CNN's Fareed Zakaria GPS.

Baba Deep Singh (1682–1757) is revered among Sikhs as one of the most hallowed martyrs in Sikhism and as a highly religious person. He is remembered for his sacrifice and devotion to the teachings of the Sikh Gurus. He was the first jathedar(Head) of Damdami Taksal a 300 years old religious school of the Sikhs.

Qurrat-ul-Ain Haider (January 20, 1928 – August 21, 2007) was an influential Urdu novelist and short story writer, an academic, and a journalist. One of the most outstanding literary names in Urdu literature, she is most known for her magnum opus, Aag Ka Darya (River of Fire), a novel first published in Urdu in 1959, from Lahore, Pakistan, that stretches from the 4th century.

B.Vittalacharya or B.Vittala Acharya (Born: 28 January 1920 - Died: 28 May 1999) was a popular director and producer of Telugu and Kannada movies. Vittala Acharya was born on January 20, 1920 in Udayavara, in then Udipi Taluk to middle class Madwa Brahmin couple as Seventh Child. He was interested in Dramas, Bayalata and Yakshagana since childhood. His father was a noted Ayurvedic Doctor.

Ajit Kumar Doval was the director of Intelligence Bureau, India 2004-2005, after spending a decade as the head of its operations wing. He was the first police officer in India to get Kirti Chakra. He is widely known to be amongst the very best Intelligence officers India has ever seen He is an IPS officer from the 1968 batch of the Kerala cadre. He was actively involved in the Mizo conflict, Punjab.

Akshat Chopra an Indian film actor, model, dancer and an anchor, who has over 250 assignments under his belt and is a winner of National Child Award for exceptional achievement in Performing Arts, is the frequent face of TVCs, movies, print ads, corporate films etc we vouch for with sheer attention in our drawing rooms or cineplexes.

Ratan Thiyam (born 20 January 1948) is an Indian playwright and theatre director, and the winner of Sangeet Natak Akademi Award in 1987, one of leading figures of the "theatre of roots" movement in Indian theatre, which started in 1970s. Also known as Thiyam Nemai, Ratan Thiyam is known for writing and staging plays that use ancient Indian theater traditions and forms in a contemporary context.

Atul Dodiya (born 1959, Ghatkopar, Mumbai, India) is an Indian artist. Atul began exhibiting and selling his work in the early 1980s following his graduation from Sir J. J. School of Art in Mumbai where he received a Bachelor of Fine Arts degree. He furthered his academic training at the École des Beaux-Arts in Paris from 1991 to 1992 subsequent to a scholarship awarded by the French Government.

Dr. Tarun Mandal is an Indian politician, belonging to the Socialist Unity Centre of India (Communist) and the MP representing Joynagar (Lok Sabha constituency) of West Bengal in the 15th Lok Sabha. He contested as an independent candidate and defeated his nearest rival Nimai Barman of RSP by 53676 votes, receiving 48.72% of the total votes polled.

Sompal or Sompal Singh Shastri (born 20 January 1942) is a politician of Bharatiya Janata Party from Uttar Pradesh, India. He belongs to Bagpat district in Uttar Pradesh. He has been Minister for Agriculture for the national government and a member of the Planning Commission. He is presently Vice Chairman, State Planning Board, Madhya Pradesh.

Bernard Mordaunt Ward (20 January 1893 – 12 October 1945) was an author and third-generation British soldier most noted for his support of the Oxfordian theory of Shakespeare authorship and writing the first documentary biography of Edward de Vere, 17th Earl of Oxford. He was born in Madras,​ India into a military family, the son of Bernard Rowland Ward (16 January 1863—30 April 1933)

Yugander V.V. (born 20 January 1974) also known as Yugander Vungaralla, is an Indian Filmmaker, Screenwriter, Producer and Television Channel Head, based in Mumbai. Vungaralla was born in the city of Secunderabad in Andhra Pradesh, India. His debut film 'The Goodbye Trip' was an ambitious effort in Independent Film-making with a cast of mostly new faces but for a few notable exceptions.

Filipe Neri António Sebastião do Rosário Ferrão (born January 20, 1953 in Aldona, Goa, India) is the seventh Roman Catholic Patriarch of the East Indies and thirty-fifth Archbishop (thirty-seventh bishop) of the Archdiocese of Goa and Daman, India. Rosário Ferrão was ordained priest on October 28, 1979. He was created Auxiliary Bishop of Goa and Daman and titular bishop of Vanariona on December 20.

Sibnarayan Ray was one of the most renowned Bengali thinker, educationist, philosopher and literary critic of twentieth century India. A radical humanist, he is widely reputed for his works on Marxist-revolutionary Manabendra Nath Roy, and famous polymath Bertrand Russell, commenting on Ray, once said that "... Sibnarayan Ray.

Jagdish Chandra Jain (20 January 1909 - 28 July 1993) was a renowned scholar, indologist, educationist, writer, and freedom fighter during the freedom struggle of India. He authored over 80 books on a variety of subjects, including Jain philosophy, Prakrit literature, and Hindi text books (for children), which are used in schools all over India.

Lieutenant General Mohammad Ahmed Zaki (born 20 January 1935, Hyderabad, Andhra Pradesh) is a retired army general. Zaki was educated at the Rashtriya Indian Military College, Dehra Dun from 1947 to 1951. He was selected for the National Defence Academy in 1952 and on getting commissioned in the Indian Army, he joined 19 Maratha Light Infantry in 1955. In the Indo-Pakistani War of 1965.

Kamal Guha (1928 – 2007) was an Indian politician. He was a All India Forward Bloc leader and member of the Left Front cabinet in the Indian state of West Bengal for over two decades. Born at Dinhata on January 20, 1928, he passed his matriculation from Dinhata High School where former president of Bangladesh, Hossain Mohammad Ershad was his classmate, and passed Intermediate Arts from Victori.