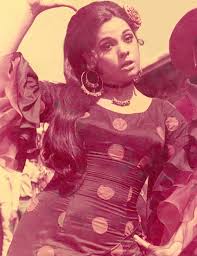 Mumtaz is a Bollywood actress, best remembered for her roles in Tere Mere Sapne (1971) and Khilona (1970). Her performance in Khilona got her the Filmfare Best Actress Award, while the film itself won the Filmfare Best Movie Award. She is cited as one of the top Bollywood sex symbols of her time. Mumtaz was born to Abdul Saleem Askari and Shadi Habib Agha in Bombay, Ind... 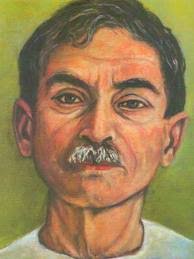 Premchand  pronunciation (help·info) (Hindi: प्रेमचंद, Urdu: منشی پریم چند), (July 31, 1880 – October 8, 1936) was an Indian writer famous for his modern Hindi-Urdu literature. He is one of the most celebrated writers of the Indian subcontinent, and is regarded as one of the foremost Hindi-Urdu writers of the early twentieth century. A novel writer, story writer and dramatist, he has been referred... 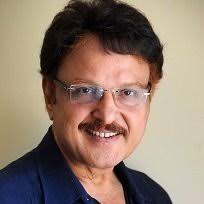 Sarath Babu (Telugu: శరత్ బాబు) is an Indian film actor, who has acted in almost all the major south Indian languages - Telugu, Tamil, Kannada and Malayalam. He has been in the industry for nearly 37 years and has acted in more than 200 movies, most of them in a supporting role. He has acted in 80 films each in Telugu and Tamil, 20 in Kannada and a few in Malayalam. He entered the film industry in... 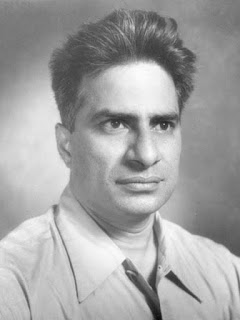 Damodar Dharmananda Kosambi (Marathi: दामोदर धर्मानंद कोसंबी) (July 31, 1907 – June 29, 1966) was an Indian mathematician, statistician, Marxist historian, and polymath who contributed to genetics by introducing Kosambi's map function. He is well known for his work in numismatics and for compiling critical editions of ancient Sanskrit texts. His father, Dharmananda Damodar Kosambi, had studied anc...

Kesava Shankara Pillai (Malayalam: കെ. ശങ്കര്‍ പിള്ള) (31 July 1902 - 26 December 1989), better known as Shankar, was an Indian cartoonist. He is considered the father of political cartooning in India. He founded Shankar's Weekly, India's Punch in 1948. Shankar's Weekly also produced cartoonists like Abu Abraham, Ranga and Kutty, he closed down the magazine during the Emergency of 26 June 1975. Fr...

Pannalal Ghosh (31 July 1911 – 20 April 1960), also known as Amal Jyoti Ghosh, was a Bengali Indian flute (bansuri) player and composer. He was a disciple of Allauddin Khan, and is credited with giving the flute its status in Hindustani classical music. Pannalal Ghosh jointly scoring the background for “Aandhiyan” in 1952 along with Ustad Ali Akbar Khan and Pandit Ravi Shankar. He was the first to...

Gopal Prasad (born on July 31, 1945 in Ghazipur, India) is an Indian mathematician. His research interests span the fields of Lie groups, their discrete subgroups, algebraic groups, arithmetic groups, geometry of locally symmetric spaces, and representation theory of reductive p-adic groups. He is the Raoul Bott Professor of Mathematics at the University of Michigan in Ann Arbor. He earned his ba...

Mohan Lal Sukhadia (31 Jul 1916 – 2 Feb 1982) was a political and social leader who served as Chief Minister of Rajasthan for 17 years (1954–1971). He became Chief Minister at age of 38 years and was responsible for bringing major reforms and developments in Rajasthan. He is still widely revered as ‘Founder of Modern Rajasthan’. He also served as Governor of Karnataka, Andhra Pradesh and Tamil Nad...

Prem Das Rai (born 1954) is an Indian politician from the Sikkim Democratic Front Party. In the 2009 election, he was elected to the Lok Sabha from the Sikkim constituency of Sikkim, India. He has the distinction of being the first Member of Parliament with the dual and prestigious IIT and IIM degrees. He is also a former Eisenhower Fellow (2002) from India. Prem Das Rai was born in Sikkim. He was...

Rajaram II (31 July 1897 – 26 November 1940) was the Maharaja of Kolhapur from 1922–1940, succeeding his father Maharaja Shahaji II. A benevolent ruler, he was instrumental in the uplifting of the dalits and depressed castes in his state. He also established the Kolhapur High Court, modern housing developments, an updated water-supply system, free primary education and higher-level female educatio...

Amarsinh Chaudhary (July 31, 1941, Surat, Gujarat, India – August 15, 2004, Ahmedabad, Gujarat) was an Indian politician. He was the Chief Minister of Gujarat from 1985 to 1989. He served as President of the Gujarat Pradesh Congress Committee between June 2001 and July 2002. In 2002, he was elected leader of the Congress Legislature Party in Gujarat. He was admitted to a hospital in Ahmedabad on J...

Colonel Hemchandra (Hemu) Ramachandra Adhikari  pronunciation (help·info)(born 31 July 1919 in Pune, Maharashtra — died 25 October 2003 in Mumbai, Maharashtra) was an Indian cricketer, representing his country as both a player and coach in a career that spanned three decades. A talented right-handed batsman and occasional leg spin bowler, he made his first-class debut as a teenager before the outb...

Harvir Singh Baidwan (born 31 July 1987) is a cricketer who has played One Day Internationals, Twenty20 Internationals and first-class cricket for Canada....

Garard Green (31 July 1924 – 26 December 2004) was a British actor and commentator. Green was born in Madras, India in 1924 where his father was superintendent of the government press. When his father died in 1933 the family returned to the United Kingdom and Green finished his education at Watford Grammar School. He developed an interest in acting at Watford but when he left the school he returne...

Dr.Vaidhyanathaswamy Santhanam (born 31 July 1925) is an eminent Indian cotton scientist and former FAO of United Nations long term resident expert for Cotton and Project leader in Myanmar. He had served as a short term consultant to Vietnam as well.He is Chairman of the Expert Review team of the Southern India Mills Cotton Development and Research Association for November,2009 - March,2010. He is...

P. C. Sorcar, Jr. (formal name Prodip Chandra Sorcar) (পি.সি. সরকার,জুনিয়র - প্রদীপ চন্দ্র সরকার) (born 31 July 1946) is an Indian magician based in Kolkata, West Bengal, India. He is the second son of legendary Indian magician P. C. Sorcar, and is today considered the most prominent magician in India. He is also the recipient of Merlin Award in Magic. He holds a doctorate degree in applied psych...